Most of my year has been tied up with Chickenshit. Writing it, editing it, rethinking plot points, re-editing, promoting it, vending it, doing my second public reading, and promoting the series even more. All the while, I was checking out KDP for sales progress, comparing sales of each book with the prior one, trying to analyze page read trends, and scanning endless articles and posts for hints on getting a spike in sales. Essentially, I was driving myself crazy trying to get my series out there so it could find its readership, even as I was writing the final volumes and working on other projects. Such is the life of an indie author who would like to eventually support herself through her love of writing, rather than through devoting hours and days per week to a corporation so that bills can be paid and happiness bought occasionally.

I truly love the characters in the stories I write, and I find it hard to say goodbye. The mind wonders what impact Billie’s family will have on her budding relationship with Jodie. And will Benj ever realize his ever-evolving dream of owning land, will Hannah ever make a successful play for him, and what exactly is going on between him, Tonya, and Chris? Will Sheila get better and come back to Milepost? And are Frankie and Elliot doing on their travels? Billie and Jodie may not be done with me just yet, even though I have a lot of other projects in the works.

I am in the process of writing another stand alone novel with the characters from my first novel, Lookout Butte. Alex and Kat are two young women who are navigating their way through their first long term relationship and figuring their careers out as they go: Alex as a Clinical Social Worker and Kat as recovering bartender now in school to become a physical therapist. Alex’s parents are real, fragile and flawed, to her now in a way they never were before. And, just as Kat is basking in her family’s acceptance, her mother shows back up to deal out her share of judgment and narcissism and push Kat to her limits of understanding. The working title is Whippoorwill Springs, and I hope to have it on pre-sale for the fall.

Also, I have begun a children’s book series, Sweet Peeps and Sookie. It’s about a little chick and dachshund  who are pushed out by their peers because they are different. Sweet Peeps is a girl chick who is bullied because she crows instead of clucks, and Sookie has been left on Farmer Sam’s doorstep and, between yapping incessantly and not being able to keep up, is failing at making friends with his only companion, The Big Dog. Eventually, Sweet Peeps and Sookie find their way to each other and a true friendship. The second book, Sweet Peeps and Sookie Meet George, will be out within the next few weeks.

On a personal note, my family and I have weathered more than a few crises this year – physical, psychological, and mechanical – and have come out the other side stronger (at least I hope so). Although some of the problems remain clear and present struggles, I am optimistic our concerns will be addressed and managed, if not conquered, over the next year.

I wish all my readers (and non-readers, too) the best in the upcoming year. Perhaps this is the year the ice breaks and all the flotsam and jetsam comes barrelling down the stream and out to the ocean to clear a pathway for creativity, cobwebs are cleared, and a healing sunlight reaches those dark places we’ve had to cover and protect.

Cue up the Vivaldi up and hang on for any glimpses of Spring, real or metaphorical. 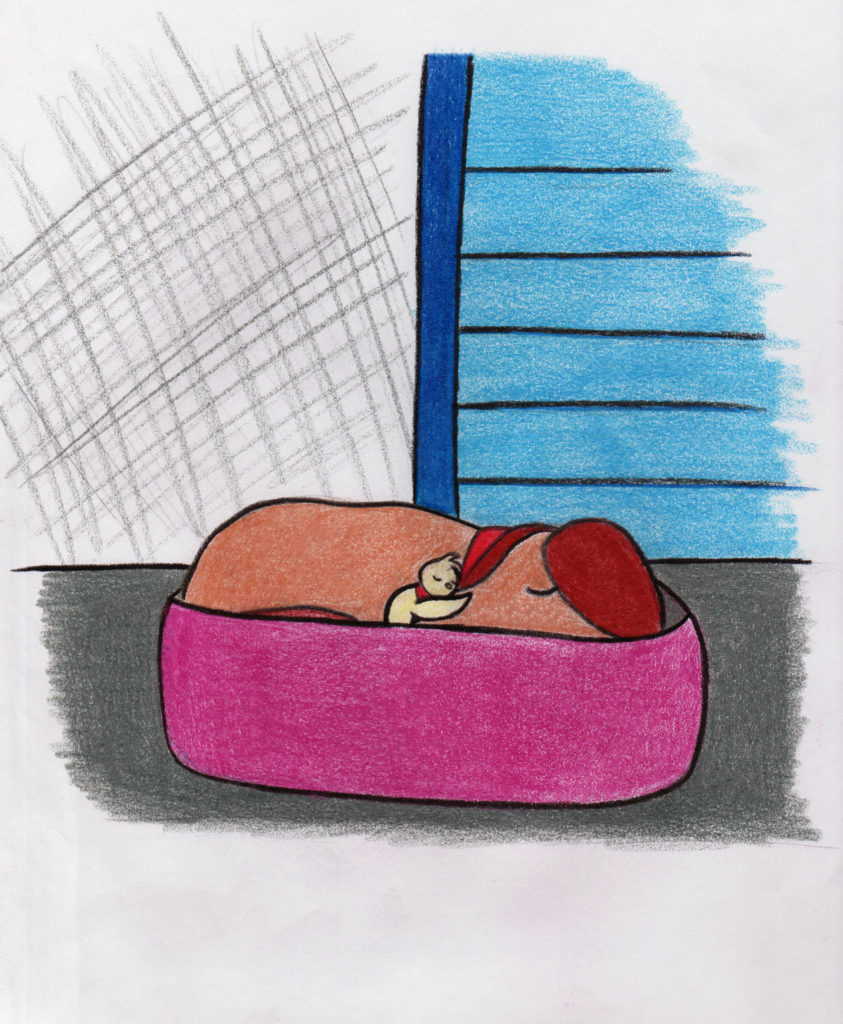 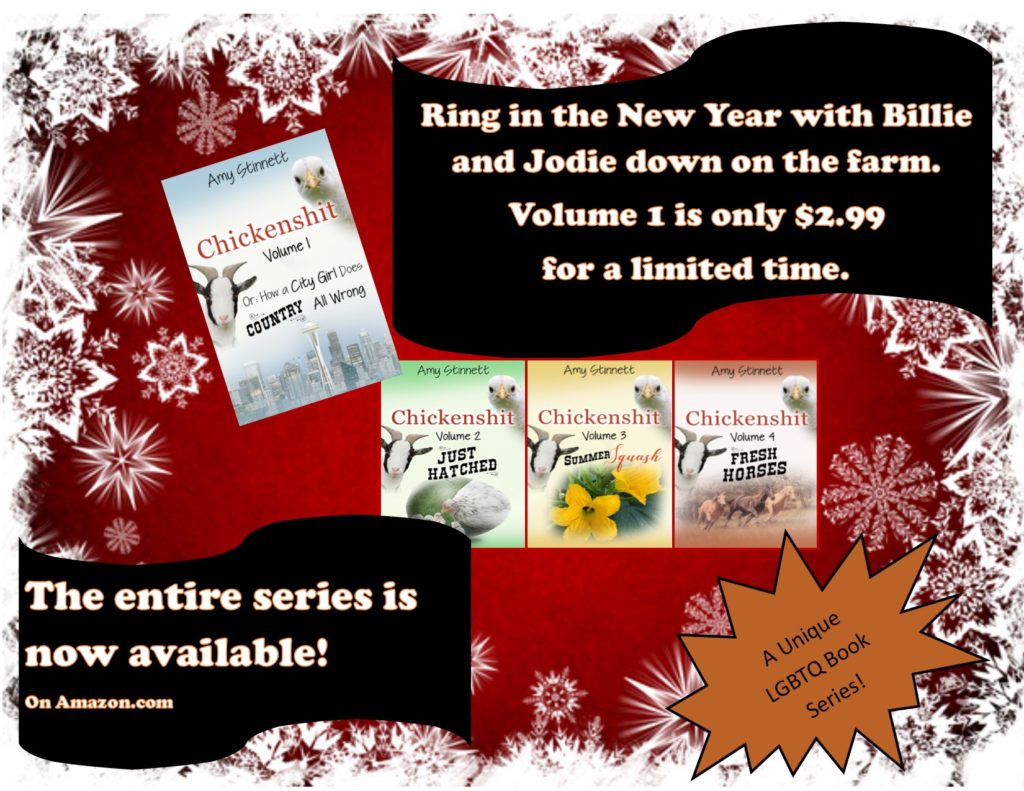 Chickenshit is a 4 book series that follows Billie Hatcher through her first year on the farm she inherited from her estranged father. Share her journey from Seattle urbanite to almost competent farm girl, as new and old family members complicate her life in ways she could never have expected.
https://www.amazon.com/gp/product/B077BHMQGN/ref=dbs_a_def_rwt_bibl_vppi_i0